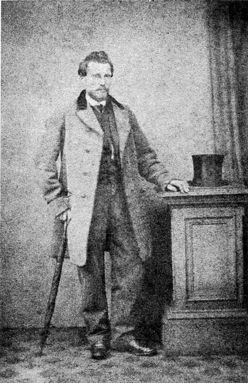 John Simpson Hay in Sunderland in 1868.

JOHN SIMPSON HAY was born in 1838 on the island of Flotta. His father James Hay was the school teacher on the island and his mother Barbara Simpson was the island midwife. Given his father’s ocupation, John was probably well educated, giving him quite an advantage in life.

After growing up on Flotta he chose to leave the island to work on the mainland’s new railways.

It is not known what position he had with the Great Northern Railway but he gained sufficient knowledge and experience to subsequently try his luck in South America, emigrating to Argentina in about 1870.

Arriving in Argentina at that time would have coincided with the Argentinian railway boom and the opening of the first interstate railway line from the city of Cordoba to Rosario. He worked for the Central Argentine Raiway Company as a Stationmaster, before returning home to Flotta, some years later a man of substance and excellent prospects, to marry Catherine Sutherland Barnett on 16th August 1877 in the island kirk, surrounded by family and friends
In 1877, he returned to Argentina with Catherine, settling in Rosario. He resumed his career on the railways living in the affluent style of well to do Victorians.

Argentina was a land of opportunity for immigrants, and Rosario was a city of great wealth. It had a busy port and railway, large banks and colonial buildings.

The city owed it’s wealth to the vast farms on the Pampas, fertile land to the south of Rosario; where cattle were reared and wheat and corn grown for export to Europe. John continued to prosper and was promoted to Railway Agent. He also bought property in the city and stock on the railway. In 1879 their first son John Leighton Hill Hay was born. In 1883 a second son was born James Arthur Colson Hay, and in 1885, a daughter Catherine Isabella Mabel Knight Hay was also born.

Although thriving in Rosario there were considerable risks in living there. It was a city of great instability, being frequently overun with disease and political unrest. In 1886, three years after Arthur was born, a large cholera epidemic swept through Rosario, quaranteening boats in the port and ultimately leading to prisoners being released from overcrowded jails so as to reduce the contagion.

Sometime between 1886 and July 1888 the whole family left Argentina and returned to Orkney for good. John had made his fortune, but ill health (asthma), was to dog him for the rest of his life on Flotta. In 1895 after building Bayview on the island, he died, leaving a 39 year old widow to raise four children on her own. 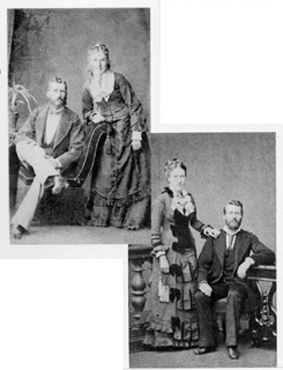 Early photos of John and Catherine, late 1870s. The first was taken in London, the second in Rosario. They married in 1877, John was 18 years Catherine's senior. 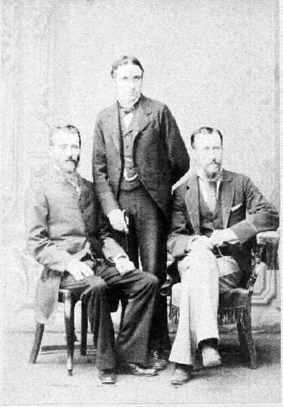 John Simpson Hay (left) in Rosario in March 1882 with,it is believed his brother Samuel(right) and his cousin Peter Dupuy Barnett aka Piere (middle).It is thought that Samuel stayed in Argentina and married a woman by the name of Geuoveva. Pierre like John returned to Flotta, but in 1903 he left Britain aboard the Etruria bound for Chicago